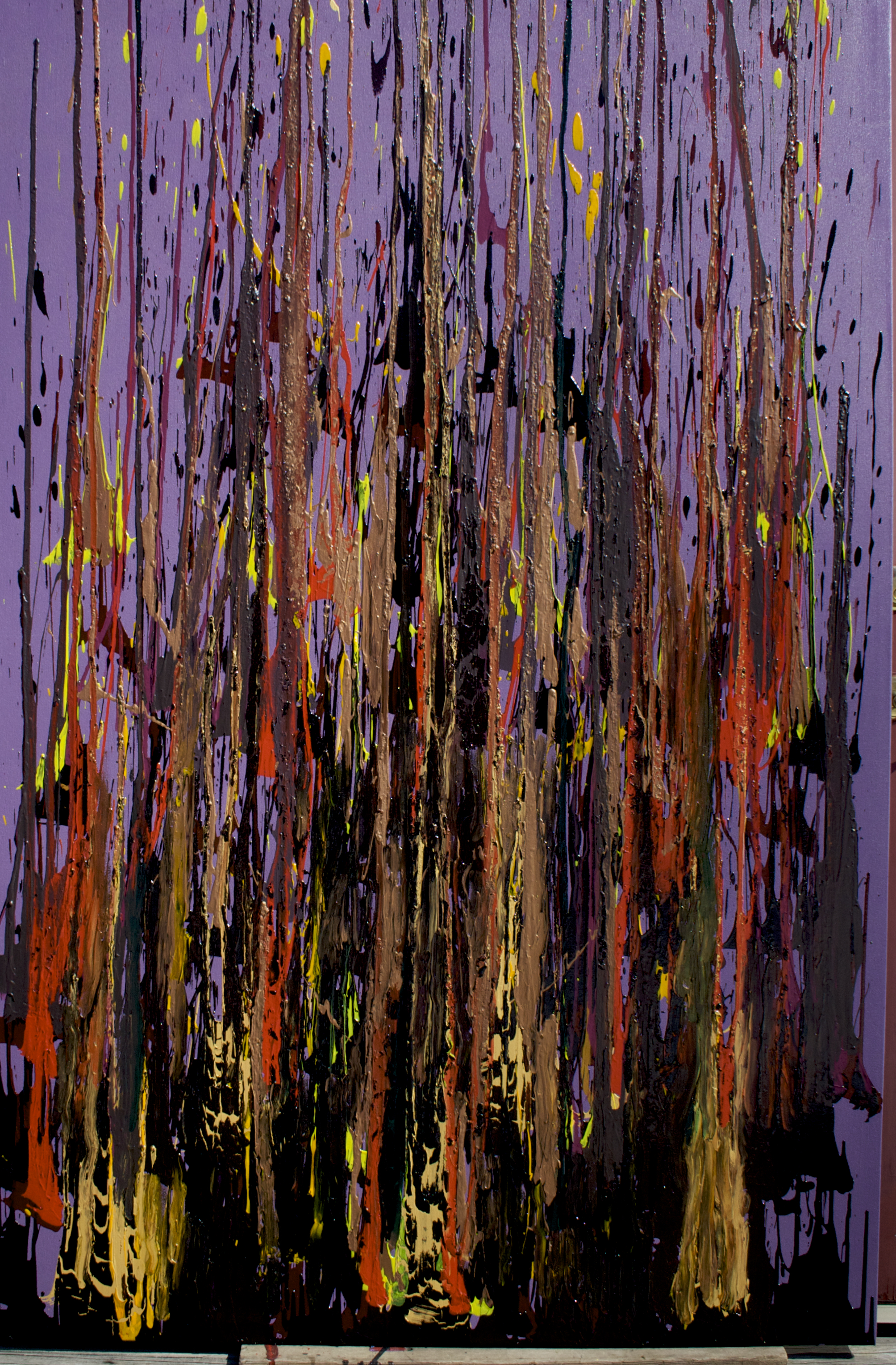 Grier Horner’s parents introduced him to art by subscribing to Life Magazine resulting in his obsession with the August 8, 1949 issue which featured the work of Jackson Pollock. A suburban kid in 9th grade, he hadn’t seen much art other than the old- master reproductions that lined high school corridors. Pollock was something big, bold, and stirring and began a lifelong fascination with art. Grier was a reporter for The Eagle for 16 years and then the associate editor for 16 more. During his reporting days, what he really wanted to be was a novelist. Horner finally took a sabbatical and wrote one, but it didn’t turn out the way he had hoped.

Until then, his life in art had been as a viewer, and visitor, but as retirement approached, something inside started pushing him to paint and a new dream was born. After retirement, and for 20 years, painting has been the new passion as well as photography. He paints figuratively for long stretches of time and then switches to abstraction, working in series such as The Scarlet Letter, the firebombing of Dresden, and a three-year photo exploration of the Swamp and its mysterious inhabitants. In 2008 and 2009 he turned to abstraction for a 38 painting series inspired by Joan of Arc and currently he plans to keep painting and taking photos.

“And what, my wife Babbie asks, are our kids going to do with 500 paintings unsold in my lifetime. So you have my sales pitch.”