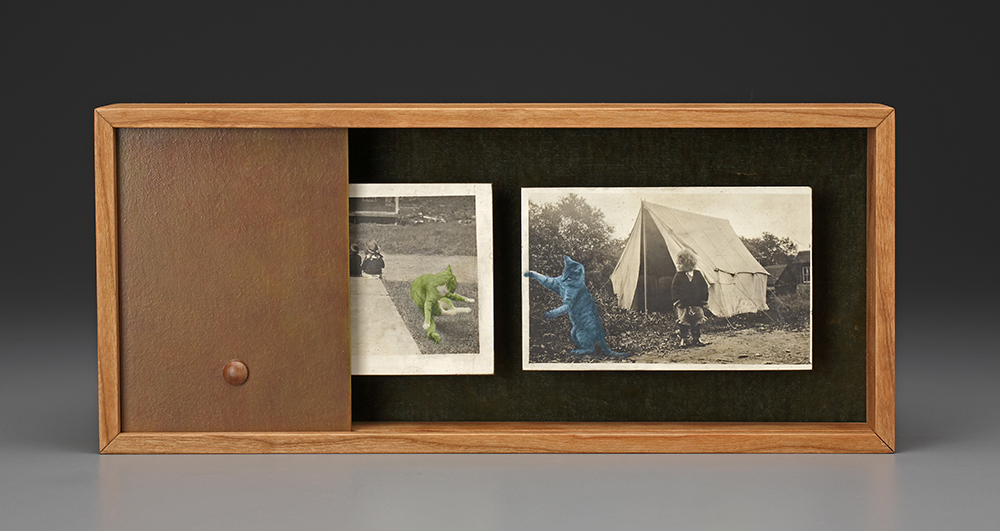 Laura Christensen first knew the suburbs and farmlands of the Midwest. Influences gradually expanded to include the buzz of New York City, the valleys and peaks of the Rocky Mountains, older mountain woods of New England, fifteenth century Italian frescoes, telemark skiing, and real maple syrup.

She’s studied German, Economics, and Art History, in addition to accomplishing the M.F.A. in Drawing. Museums and galleries throughout the U.S. and abroad have featured her work. Within the last several years, Laura was awarded an Artists’ Resource Trust (A.R.T.) Grant, a fund of the Berkshire Taconic Community Foundation and an Individual Artist Grant, a fund of the Cultural Council of Northern Berkshire, a local agency supported by the Massachusetts Cultural Council.

Laura shares her home in the Berkshires with her playful and creative husband, Greg, and two purring cats, Jupiter and Masaccio.

Vintage photographs serve as my canvas.  I do not make copies of them. I paint directly onto each one.

Since many old photographs are preserved as family legacies and cultural artifacts, my alterations may seem destructive, or subversive, or poignant. I do it to create new stories.

In my work chickens race past a serious family, green and blue cats play fight between photos, angels crowd behind a woman watering her garden. For most painted photographs I build small architectural cabinets. Some act as custom handmade frames. Others work as cases or altars with doors that open and close or slide left and right.

“The intriguingly altered worlds that Laura creates are wrought with both precision and inventiveness. Their seamless blend of photograph and fiction convincingly suggests the presence of magic in ordinary life.”  – Sharon Bates, Director, Art Culture Program, Albany International Airport