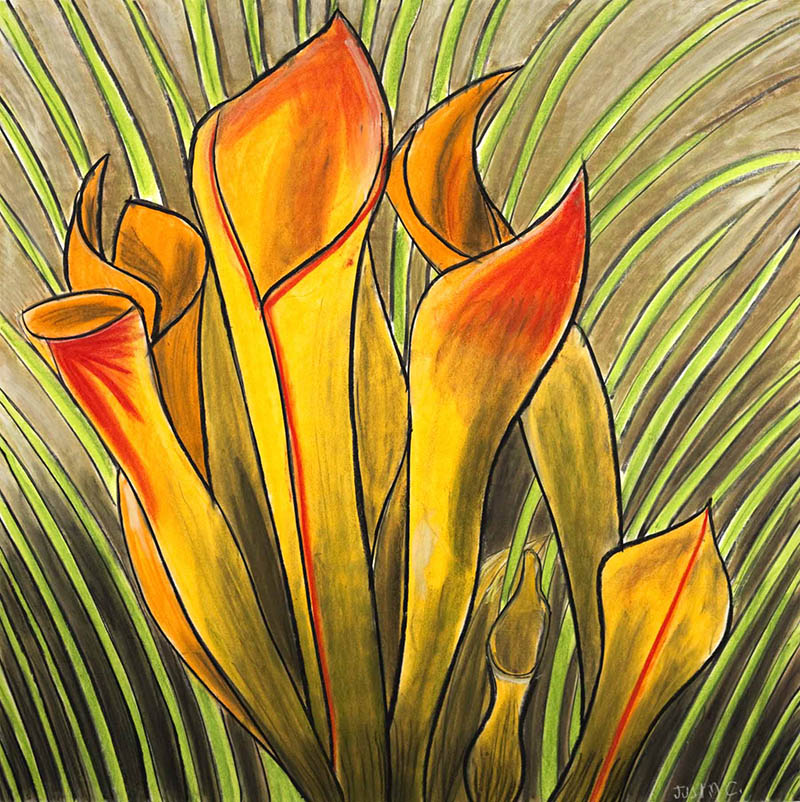 Justin Canha is an accomplished artist who happens to be autistic. His childhood passion and whimsical style for drawing and painting animals, plants and cartoon characters showcase his clever sense of humor and unusual sensitivity to nature, human and animal relationships. Canha also creates emotive charcoal portraits and painting as well as computer-generated animations of invented characters.

Canha’s work first appeared on the New York art scene in 2005, in the Autism-Asperger’s Art exhibition at Ricco-Maresca Gallery. Since then, his work has been exhibited at universities, galleries and museums in the United States.

He was the subject of an extensive profile in the New York Times article “Autistic and Seeking a Place in an Adult World”, by Amy Harmon in September of 2011. Justin has also been featured in three documentary films – “Autism: A Different Way of Communicating”, “Sidecars” and soon to be “Don’t Foil My Plans”, which showcase aspects of his autistic and artistic life. Additionally, Canha’s work was highlighted in the book “The Art of Autism: Shifting Perceptions” by Debra Hosseini.

Justin Canha was honored at the McCarton Foundation’s “Genius of Autism” events in 2011, 2012 and 2013. He has presented at various autism conferences such as, Autism New Jersey and YAI in New York City in 2012, and the ASD Symposium in Providence, Rhode Island in 2013.

Justin has illustrated books such as “Pedro’s Whale”, by Paula Kluth and Patrick Schwarz, a simple but powerful story which introduces educators to one of the best, most effective inclusion strategies: using students fascinations to help them learn and make friends.

When he is not creating his own art, Canha works as a freelance illustrator and story boarder/animator as well as a part-time cake decorator and an Assistant Elementary School Art Teacher.

“Art from the Inside Out”
Visceglia Art Gallery at Caldwell College – Caldwell, NJ