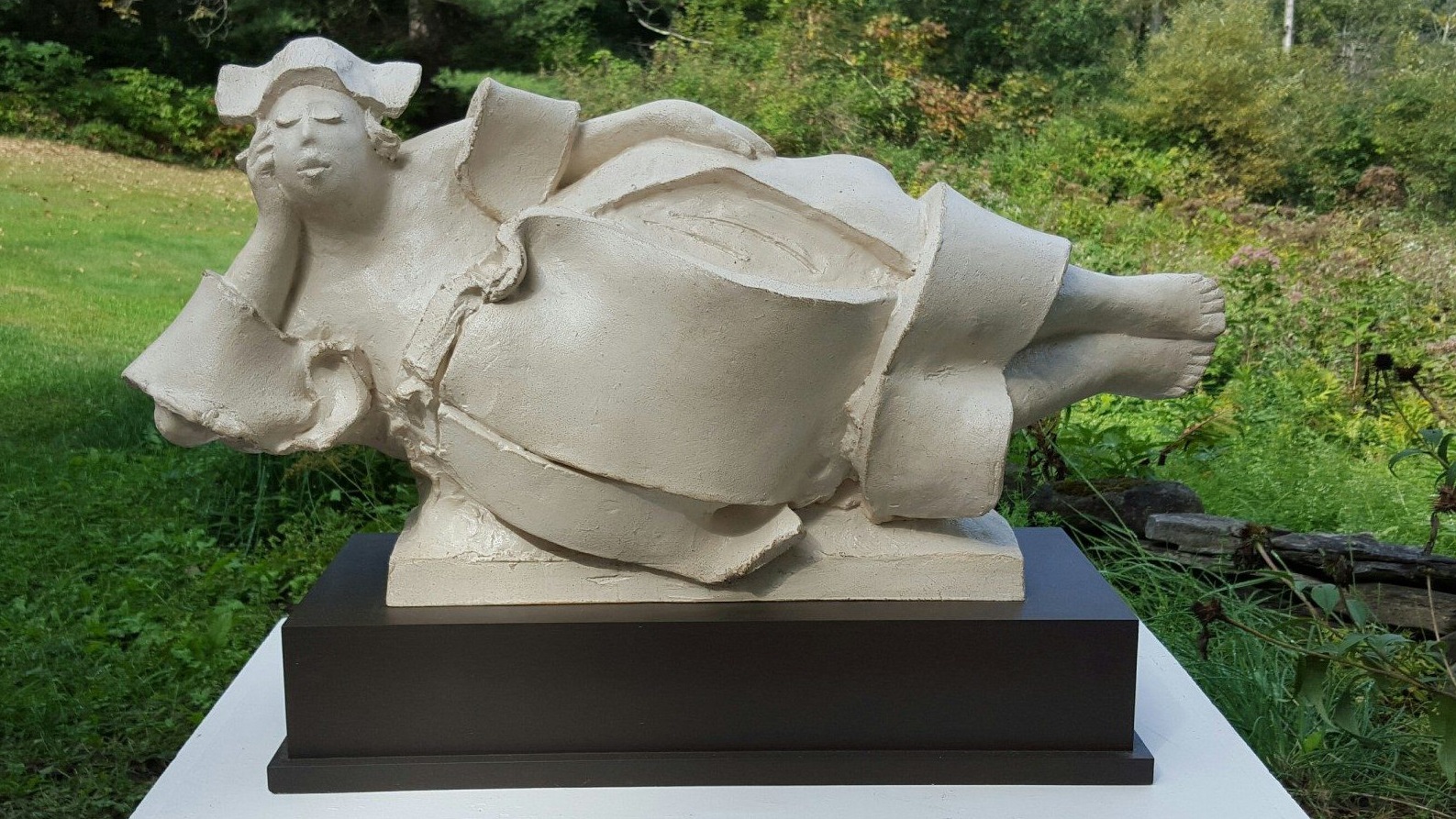 He draws with clay. His work makes us smile.

In his figurative sculpture and in his narrative incised panels, David molds and marks the clay, creating sometimes serene, sometimes playful figures, suspended in an eternal moment of joy or contemplation. The pieces express a simple and familiar action – stirring a pot, offering a bowl, striking a note – but Bryce always imbues the movement with a feeling of stillness. With a calligraphic stroke, or the folds of ribbons of clay, he captures his robed figures at their daily tasks, and captures our hearts as well.

David Bryce was educated at the University of Pennsylvania, and subsequently completed his MFA at the Queens College of the City University of New York. He has been a featured artist in numerous galleries and exhibitions, including the Brooklyn Museum Community Gallery, Nassau County Museum of Fine Arts, the New York Museum, and the Museum of Art (Munson-Williams Proctor Institute). He is currently living in the Berkshires in Massachusetts with his two children.