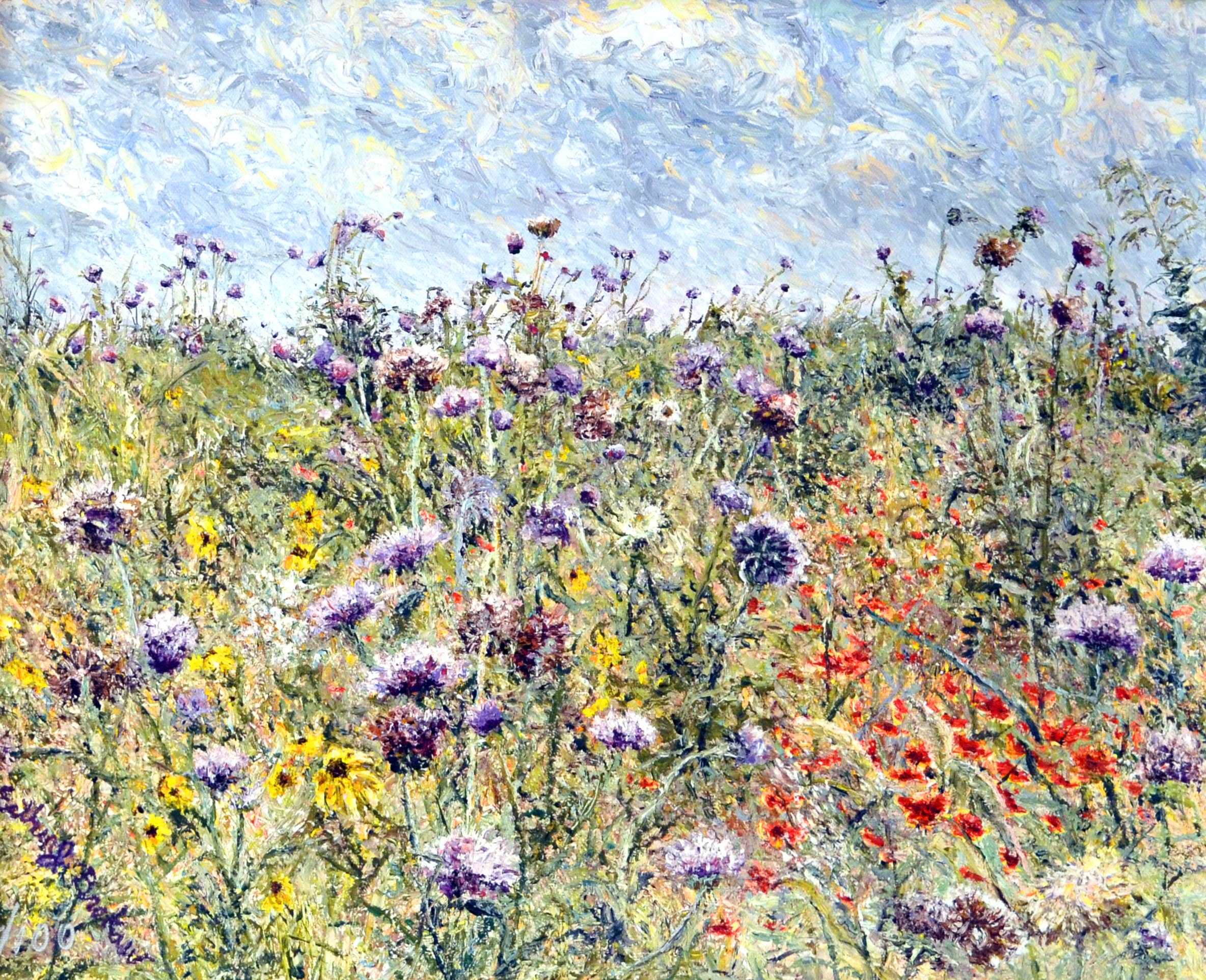 Esther is an untrained artist, who over the last twenty years, has created a collection of acrylic, watercolor, and oil paintings. Each painting exhibits an unusual focus to color and detail. Recently, Esther came forward to speak publicly about her diagnosis and art. Esther has had a number of careers in her life, including waitress, carpenter and roofer. At the age of thirty, she had enough time and resources to dedicate her time to painting and raising her children. Esther is classified as a savant. She’s able to see complex patterns most people can’t. Esther was the Autistically Natural (ANCA) award winner for 2011. Her daughter Isabel is featured in this book as well. More of Esther’s work can be seen at www.savantgallery.com

“I didn’t have the confidence or funds to hire a model; I used a picture of myself. I played with the colors of blues in the shadows. I wove pinks and golds and other colors into the flesh tones.”

Esther’s art continuously unfolds into beautiful, expressionistic oil paintings of scenes, people, and sights that inspire her. She paints from photos she has taken herself, adding her own touch and light to the scene surprising even herself with what ends up on the canvas. Though Esther continues to recover from celiac disease and mercury poisoning, she lives happily in Connecticut with her husband, Andrew, two children and four dogs.