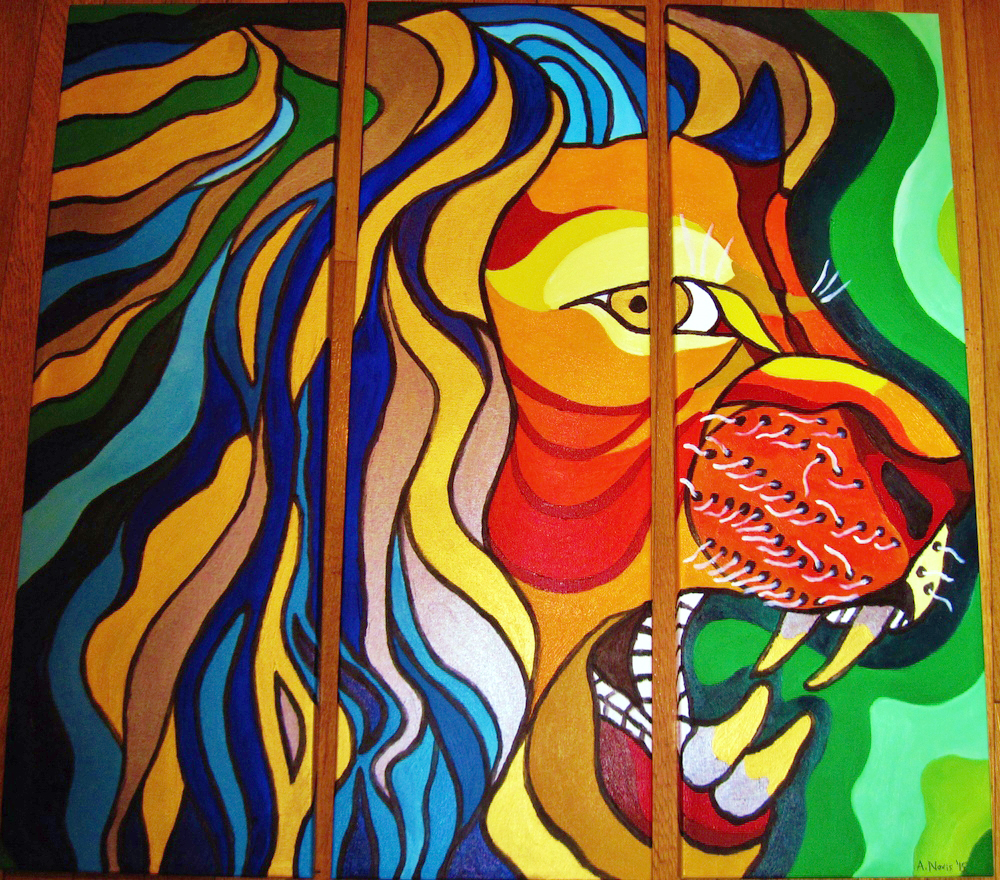 “I was diagnosed with ASD/Aspergers Syndrome in the fall of 2012. Being an “Aspie” artist, I tend to create and conceive my imagery through the left brain, focusing on detail, order, separation and purity of color (very little mixing), and clearly defined lines. This reflects my general need for simplicity, clarity and structure in real life.”

Along with an overall belief in ars pro gratia arte, other significant factors which influence both my style and subject matter consist of being mostly self-taught, an accomplished athlete, and seriously attracted to the  fauve school of painting, as well as Latin American art, and specific modern painters such as Paul Gaughin and Romero Britto.

The self-taught factor has enabled me to follow my own path without feeling guilty about following the “rules” of art-making.  Similar to some of the early 20th century fauve painters (e.g., Matisse, Derain and Rousseau), I apply flat, unmixed color in my palette, framed by black outlining which both separates and enhances the color.  Color for me, more so than texture, shading, shadowing, or composition, is my core strength and I emphasize color within a painting or piece of painted furniture.  I will often use a lot of warm colors in my palette (reds, oranges, pinks and yellows) to allow light to emanate from the naked bodies being depicted, which gives them mystical or erotic properties. However, lately I have been employing a lot of blue to convey sacred or mystical qualities.

While my subject matter is easily recognizable (the human figure) and my style tends to lean toward realism, I will usually take liberties with the drawing and both distort and primitivize the images for the sake of making the colors bolder, deeper and more eye-catching.  (The fauves, meaning “wild beasts,” were very much into capturing the primitive, both in style and substance.)

My deep attraction to endurance sports and fitness, and my love of athletic training and racing, likewise infuse me with a keen interest in depicting the beauty and dignity of the human body, such as the Greeks did.  The vast majority of my paintings on canvas feature the human figure front and center, unclothed or partly-clothed. My educational background in Spanish/Latin American literature gives me a deep appreciation for, and attraction toward, stark tropical imagery – bright, bold color, the predominance of nature, a prevalence of the mystical.

“As a person with Aspergers who has difficulty forming and maintaining relationships, particularly those with the opposite sex on an intimate level, I find my art enables me to imagine and create the kind of women which seem to elude me in real life.  On a larger scale my paintings allow me to reimagine and redefine the world on own terms.”