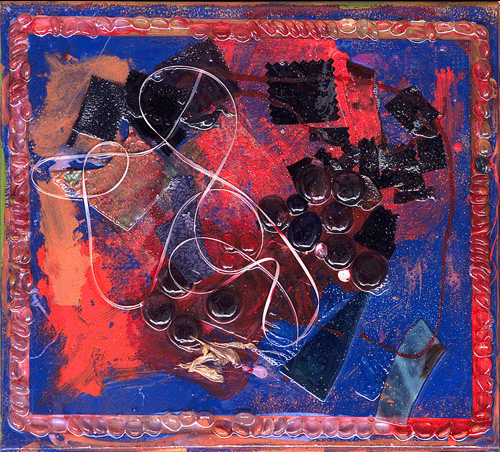 Grace Goad was diagnosed with moderately severe autism, intellectual disabilities, and severe speech/language disorder at age two. She began painting when she was four. Because autism subtly affects the muscle tone of portions of her grasp, Grace’s work is largely abstract. Her advanced use of color and composition has been lauded and featured on the 2007 autism episode of ABC’s “The View,” on Al Jeezera America, on the cover of The American Journal of Psychiatry (among other magazine covers), on the cover of the book Making Sense of Autism, and in The Art of Autism: 2012 Edition. She has also been featured in numerous local and national newspapers, magazines, television segments, and other online media and books.

Grace has exhibited in Washington, D.C., New York City, Seattle, Greensboro, North Carolina, and the Massachusetts’ Berkshires, and is represented by Shimai Gallery of Contemporary Craft in Nashville, Tennessee, and Spring Hollow Gallery and Studio in Ventura, California. Her work is in the Tennessee artists collection of the Tennessee Arts Commission, managed by the Tennessee State Museum. Goad’s originals are in the private collections of a number of individuals including NFL Hall of Famer Dan Marino and former U.S. Senate Majority Leader Bill Frist, MD and in various departments of Vanderbilt University Medical Center.

Now a young adult, Grace lives in Nashville, Tennessee. It is clear to those around her that art is her mode of expression. Grace hopes to bring attention to the fact that, while she may have this significant challenge, it makes her art all the more significant because it shows that art is a window to the beauty and potential of people living with disabilities.